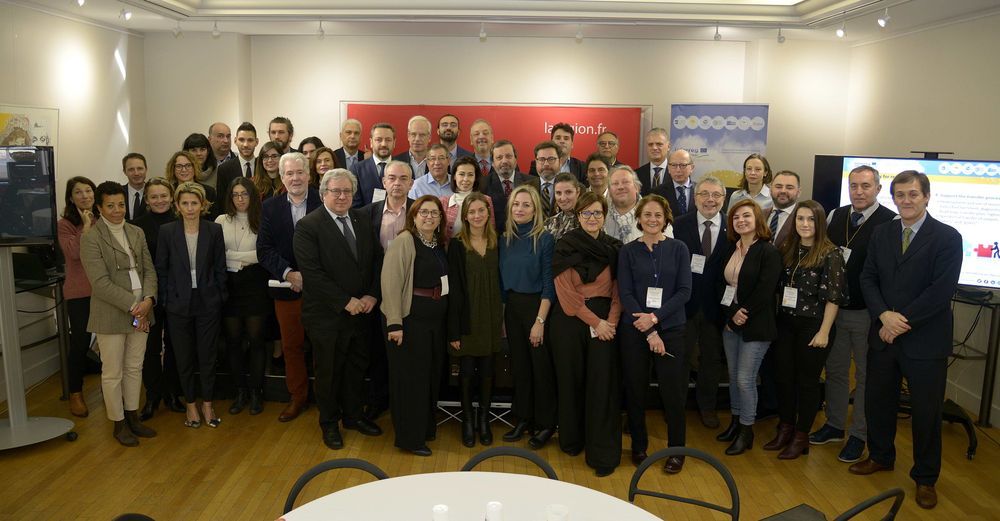 The last 4th and 5th February 2020, the Blue Growth Community, represented by the core members of the MED Blue Growth projects, the Blue Growth associated partners, as well as other relevant stakeholders, gathered in Montpellier (France).

The new horizontal Blue Growth project (2019-2022), which succeeded the 1st phase horizontal project InnoBlueGrowth (2017-2019), organized its first annual assembly in Montpellier, in order for the Blue Growth Community to meet with its new members and at the same time, to go further in the cooperation with the Blue Growth projects and strengthen the links with political and institutional key stakeholders, such as the Mediterranean Regions.

The Blue Growth project proposes concrete activities to enhance the capitalization nature of this second phase of MED projects, with the aim to deepen the dissemination and transferability of modular projects results dealing with Blue Growth issues including maritime surveillance, yachting, renewable energies, aquaculture, fisheries, maritime and coastal tourism, among others. The project intends to achieve two key goals: first, to have a better transfer of modular projects technical results into policy making and second, to benefit the development of the Blue Economy and entrepreneurship, mainly for SMEs.

Following this line, the 1st Annual Assembly of the Blue Growth Community was also the occasion for sharing specialized knowledge on Blue Economy issues, exchanging reflections and good practices to address common challenges and keep working together for the implementation of a sustainable Blue Economy in the Mediterranean.

This ‘two days’ event gathered a significant representation not only of the Blue Growth partners and associated partners but also of the MED Blue Growth projects and some regions from different Mediterranean countries (Albania, Cyprus, France, Greece, Italy, Malta, Montenegro, Portugal and Spain).

During the 1st day, attending participants and Community members participated very actively in the discussions that followed the 5 specialized panels on sustainability, synergies and cooperation, harmonization and strengthening of the use of coastal and maritime planning, funds and financial instruments and education and awareness raising in the Blue Economy. All debates and discussions tried to give answers and reflect on the seven key policy recommendations included in the “Policy Paper” that resulted from the 3 years’ work of the former InnoBlueGrowth project.

Some of the most interesting answers and reflections coming from these different panels are the following:

· First, the consciousness among different MED regions of the need of a long-term strategy for a sustainable Blue Economy as an important policy measure for regional development (e.g. the Bio Economy approach of Friuli Venezia Giulia Region in Italy; the preparation of a strategy for sustainable tourism in Albania; the development of a coastline strategy in Occitanie Region through different littoral plans in France).

· Second, the good practices presented by some Clusters revealed good initiatives at the time of sum up synergies with their partners (e.g. the Online seminars and Blue Awards of the Maritime Cluster of Andalusia; the push for innovation of the Italian National Tech Cluster; the 1st accelerator for diversity in Blue Economy of the Cluster of the Maritime Balearic Islands), but there is still plenty of room for cooperation among MED Clusters.

· Third, the need for a stronger harmonization of legislation, rules and procedures and above all, the urgent need of knowledge and data sharing among MED regions for a better maritime and coastal planning. In this sense, the MED OSMoSIS Strategic project pointed out the challenge for more interoperability among regions.

· Fourth, the participatory approach implemented by MAESTRALE project -with the active participation of students who became “Ambassadors” of the project in all towns visited and the usage of “comics” to explain the project for younger audiences- revealed to be a very successful good practice for raising awareness about the Blue Economy among people.

The themes tackled by the speakers captured the interest of all Community members and participating stakeholders. The lively debates deepened the participants’ feeling of being part of the Blue Growth Community.

Precisely, this feeling of Community increased during the second day with the presentation of the Advisory Board. It was the occasion, in the first place, for introducing the Blue Growth Community to the new MED Blue Growth projects and attending regions, as well as for putting into practice an interactive and participatory exercise with all participants where the role and goals of the new Advisory Board were discussed. This exercise will continue through the Advisory Board’s “working groups” that will draw the methodology for the mainstreaming of Blue Growth projects’ results in the Mediterranean region.

Blue Growth takes part in the "European Maritime Day in My Country" with a documentary dedicated to the Blue Growth Community in... 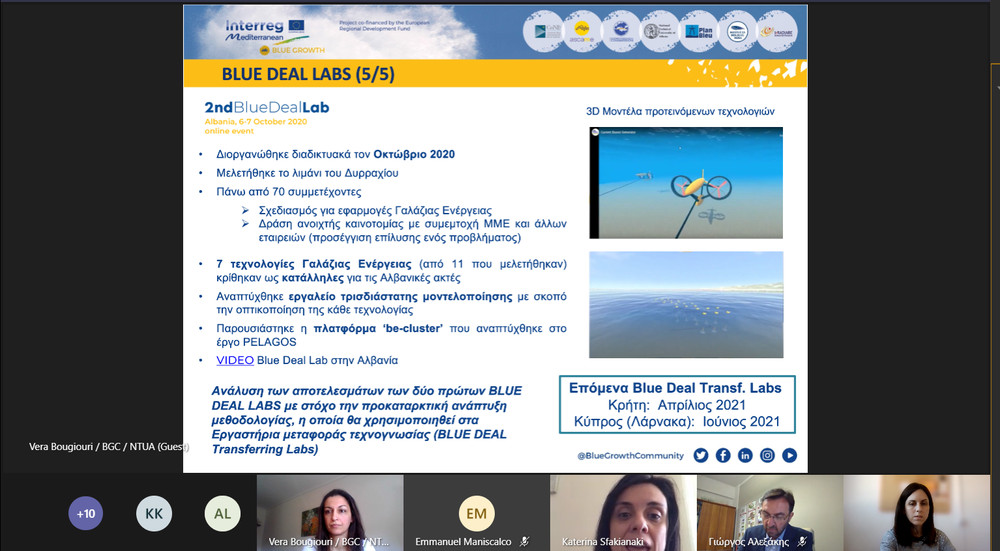 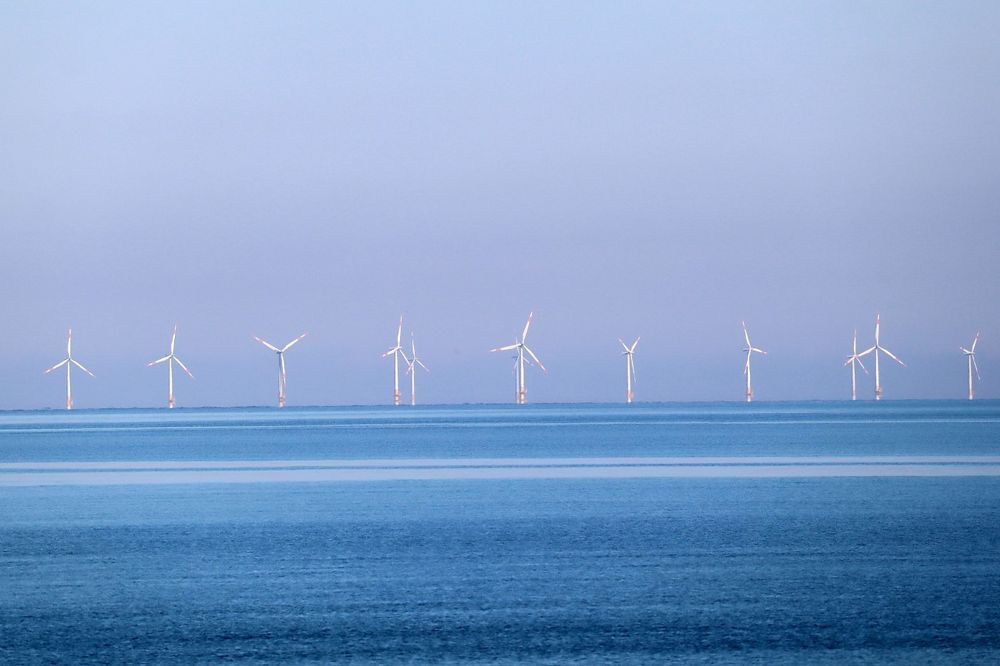 How to engage clusters in Blue Energy 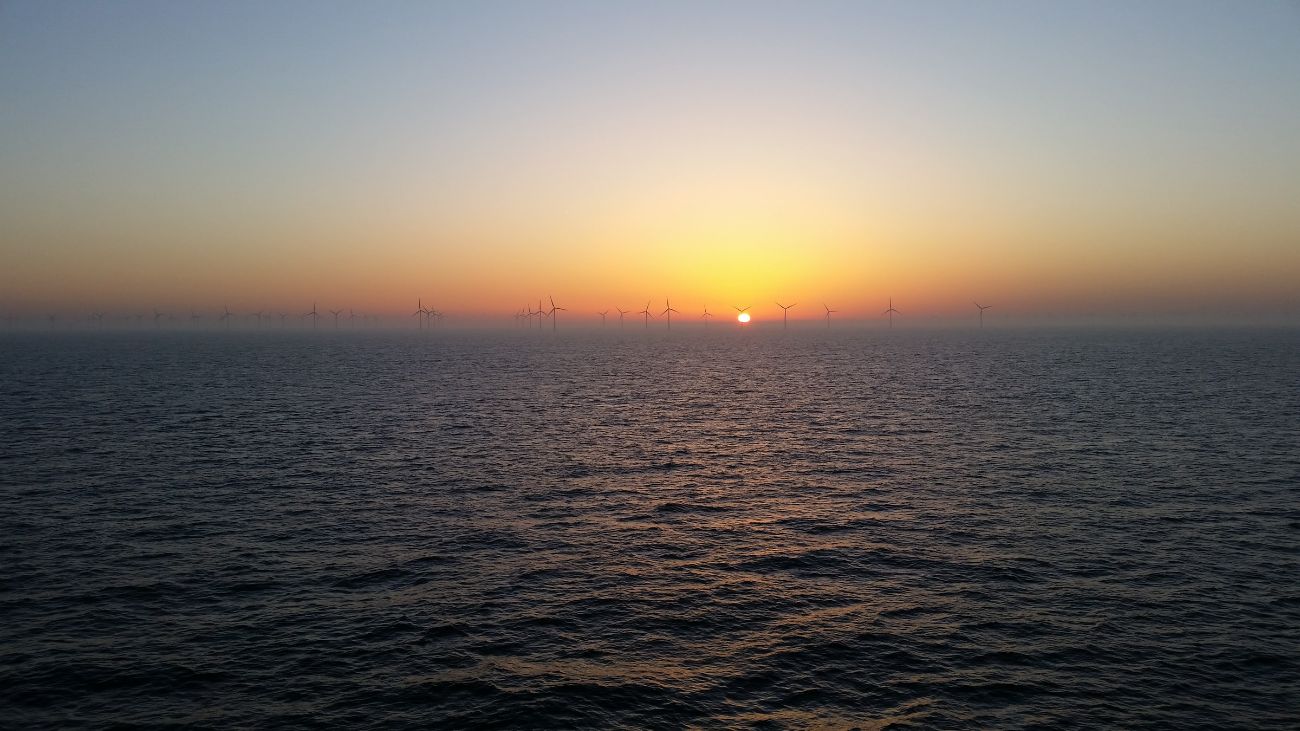 Marine renewable energies in the Mediterranean. Towards a new landscape

Login to participate at the BLUE DEAL Med